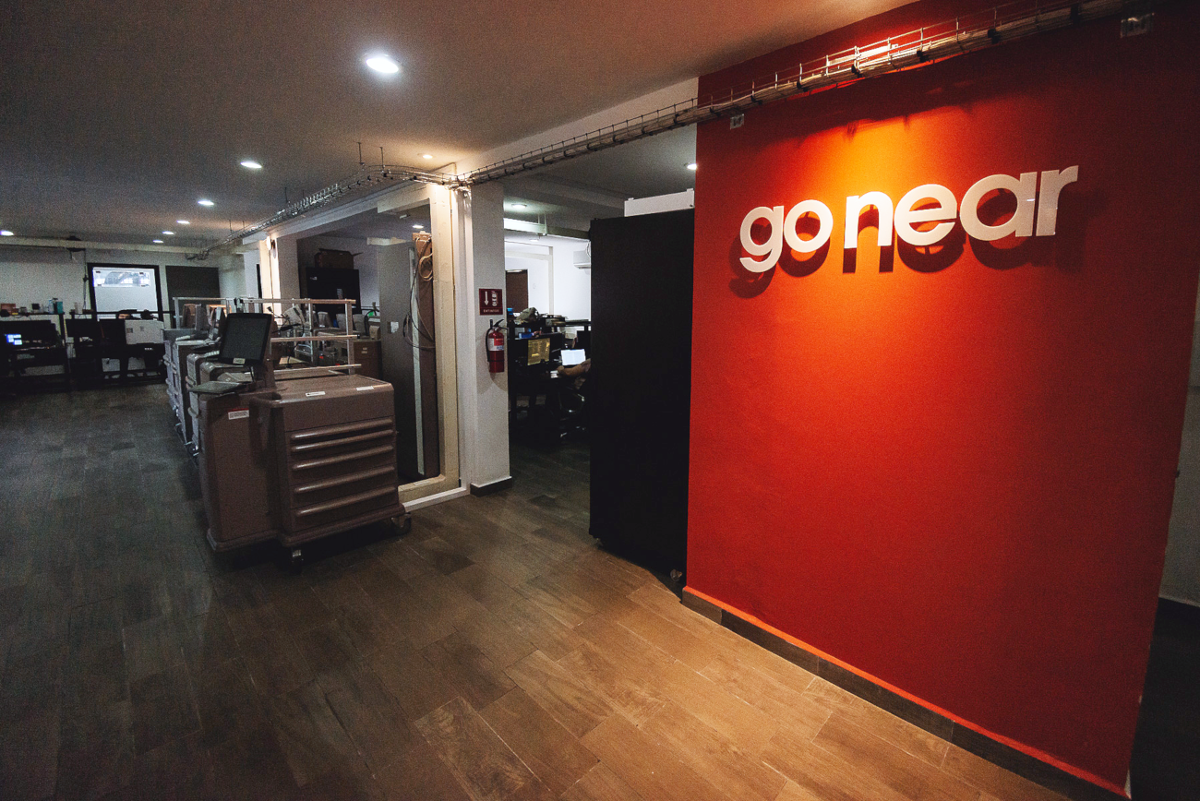 The Industrial Revolution brought us specialization which in time brought us Outsourcing and changed the way companies did business. During this period, companies started to answer that seemingly heavy question - why outsource? Here, Outsourcing more services occurred because there was a rapid increase in the production of goods. The market for goods quickly expanded and profits were like never before. This led more and more managers to ask and discover What is outsourcing? And here, companies started Outsourcing accounting, insurance, engineering, and legal needs to specialized firms. Also at this point in time, Outsourcing to such specialized firms only took place within the home country unlike today where offshoring is a popular business practice.

Outsourcing support services appeared to be the next round of Outsourcing services. By the 1990s, organizations began to focus more on cost-saving strategies. This entailed functions necessary to run a company, but not specifically related to the core business. Here, managers contracted emerging specialized companies to deliver Outsourcing services such as accounting, human resources, data processing, internal mail distribution, security, and maintenance work. These specific Outsourcing services are still highly relevant today and commonly involved in an answer to What is outsourcing?

Professional Outsourcing includes accounting, legal, purchasing, information technology (IT), IT or administrative support and other specialized services. This is the most common area for these specific types of Outsourcing services, as there is a potentially high cost savings associated with this type of arrangement. The company pays only for services actually provided while having access to high quality resources, which significantly reduces overhead costs.

IT outsourcing, a type of professional Outsourcing, is one of the more common services outsourced today. It refers to the practice of seeking technology related resources or subcontracting outside of an organization for all or part of an informational technology function. Companies use IT outsourcing for functions ranging from infrastructure to software development, maintenance and support. Almost every type of business today has IT needs or at least deals with technology on some level, which makes it so commonly outsourced. A good example of IT outsourcing would be if a company outsources its IT management because it is less expensive to contract a third party to do so than it would be to build its own in-house IT team. Or, an enterprise might outsource all of its data storage needs because it cannot afford to or simply does not want to buy and maintain its own data storage devices. These two examples are common for smaller or medium size organizations. Most large businesses only outsource a portion of any given IT function.

Multisourcing is another important term and provision of IT outsourcing worth exploring more. Multisourcing is a term that can apply to any business area, but is most commonly used when referring to IT outsourcing and IT services, as it is the blending of business and IT services from the main set of internal and external providers in the pursuit of business goals. It was first introduced by a market technology research firm in 2005 and is most frequently used by large enterprises, where IT operations and technology infrastructure are contracted to multiple vendors. This specific type of Outsourcing has recently become popular as multi-sourcing leverages several "best-of-breed" specialist teams that are expert in and focus on a single IT management function. Multisourcing is also known to be outcome-focused, well integrated and operates in a "partner" relationship manner, which gives it better visibility into real project status information as well as little to no conflict of interests between functions. However, multisourcing requires you to have a strategy, a network of relationships and governance as well as requires creating measurements that matter.

The term "Outsourcing" became popular in the U.S. near the turn of the 21st century and was widely adopted and forged in the manufacturing industries. This mainly involved the transferring of blue collar jobs to a third party for various reasons such as expertise, human capital, time to market and cost factors. Outsourcing since has evolved to include white collar jobs for many of the same reasons the manufacturing industries outsourced their blue collar jobs.

Zooming back in on the main sectors of Outsourcing, manufacturer Outsourcing is another common Outsourcing service today that companies involving the production of goods should understand when asking What is outsourcing, what are the types and why outsource these services anyway? Manufacturer Outsourcing services are usually quite industry-specific. An automobile manufacturer for example, can have an Outsourcing arrangement for building and installing windows in all their models. Such outsourcing arrangements can result in significant cost savings and reduced assembly time. The only primary risk of this type of Outsourcing would be quality issues and perhaps interruption of the production line. Many believe manufacturer Outsourcing is also essential for small and mid-size to survive today's non-stop competitive market. Without this type of Outsourcing, companies simply lack the economies of scale that able them to compete with larger competitors, as not many companies have the ability to actually invest in and continuously upgrade equipment, personnel and process technology necessary in order to compete in a market where product lifecycles are shrinking.

Other Outsourcing services can be specific to a process or internal procedure, which is commonly referred to as process-specific Outsourcing. Today, it is very common to outsource specific operation-related aspects to other companies or units that specialize in that specific service. For example, a bakery can outsource the delivery of a packaged cake to a courier company like UPS or FedEx. Such an Outsourcing contract would then involve details on delivery timelines, customer contacts and costs, which then allows each company to focus on its strength and improve customer service all while reducing costs and time. Process Outsourcing is also used to describe the practice of handing over control of public sector services such as (fire, police, armed forces, etc.) to for-profit corporations.

Sometimes companies have trouble managing one of their projects or even just completing a portion of a specific project. In such a case, companies can project outsource. There are individuals and specialized units that specialize in project management that companies can outsource to. These Outsourcing services can be contracted to either manage entire projects or complete portions of projects. There may be a number of reasons why companies would want to outsource such a function, especially because there are many benefits of outsourcing parts of projects, but project outsourcing most often occurs because companies simply do not have enough available people in house or enough skills, or funds to do it on their own. It's a more appealing choice than taking the time and money to contract someone in house and long term or even to train someone, especially if it is on a function that is commonly dealt with by IT outsourcing. Companies need to understand these benefits of outsourcing when learning What is outsourcing exactly and what are all the benefits of outsourcing, as it thus saves time and money.

In the 19th and early 20th century, it was normally unheard of to outsource to a specialized unit, individual or specialized company outside of that country. Today however, the notion of Outsourcing (and especially IT outsourcing) outside country lines is highly common and even encouraged as a smart business strategy. Such business practices are referred to as offshoring, nearshoring and also reshoring depending on the location. It is important to understand the differences between each.

The practice of offshoring means having the outsourced business functions done in another country. This type of Outsourcing grew in popularity before nearshoring and reshoring did. Work is often offshored in order to reduce labor expenses. Sometimes outsourcing is used as a strategic way to enter new markets and tap talent unavailable domestically or as an attempt to overcome current regulations within the home country that prohibit certain activities. India, Indonesia and China have emerged as dominant countries for Outsourcing offshore. A major reason why offshoring became possible and quite appealing to U.S. industries was due to the global ubiquity of the Internet and massive telecommunications capacity in the 90s and on.

In the recent past, companies thought sending manufacturing jobs from the US to areas like China and India were low-cost, and a no-brainer Outsourcing move. However, now many of these manufacturers are beginning to realize that offshoring production services to countries like China and India may not be as cost-effective. As companies asked the question - What is outsourcing, more and more, this realization led US-based companies to start bringing their offshore manufacturing capacity and jobs back home. This process is referred to as reshoring. It can be summed up as the reversal of Outsourcing or the transfer of a business operation back to its home country. There are some benefits to reshoring, such as the rising cost of oil, which has impacted shipping costs is not a problem with reshoring. Companies also have to account for duties, custom charges, long shipping times and time delays with offshoring, which adds stress to cash flow and can even increase the cost of goods for consumers or businesses. Some Companies go even further and do what is called insourcing—the opposite of Outsourcing. This entails bringing previously outsourced processes handled by third-party firms in-house, and is sometimes accomplished via vertical integration.

The practice of offshoring means having the outsourced business functions done in another country. This type of Outsourcing grew in popularity before nearshoring and reshoring did. Work is often offshored in order to reduce labor expenses. Sometimes outsourcing is used as a strategic way to enter new markets and tap talent unavailable domestically or as an attempt to overcome current regulations within the home country that prohibit certain activities. India, Indonesia and China have emerged as dominant countries for Outsourcing offshore. A major reason why offshoring became possible and quite appealing to U.S. industries was due to the global ubiquity of the Internet and massive telecommunications capacity in the 90s and on.

A recent and rapidly growing Outsourcing trend is the process of nearshoring. Rather than reshore services back to the US, companies have begun to move business functions to a country geographically closer with a closer time zone or economic structure to the company's home country. This is a means of cutting costs and improving services. Basically, nearshoring combines the benefits of outsourcing offshore and the benefits of reshoring to create a strategy that cuts costs and improves services (only two of the many benefits of outsourcing, as stated). Latin American countries are proving to be dominant players in this type of Outsourcing for US companies. Specifically, the up-in-comers are Costa Rica, Columbia, and Chile. Nearshoring to this area is also only becoming more appealing to US companies as Latin America's time zone and proximity to the US offers opportunities including lower costs, greater speed-to-market, and ease of doing business like shorter travel times and no early or late work hours. However, many are curious of the future of nearshore Outsourcing and believe it is very much in the hands of Mexico, Brazil and Argentina (which are well-established nations in the Outsourcing market) in that they must address the political, economic and social risks, which could threaten nearshoring business. As market trends, the economy, technology, cost of oil, and labor practices continue to change, businesses will continue to tweak their Outsourcing business strategies accordingly, as they have done since the 18th century.